What if I get hit by a bus? Let’s talk Risk. 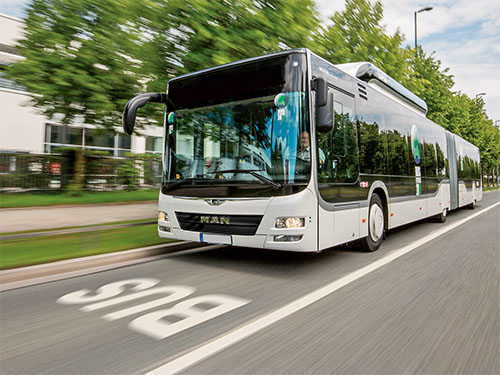 Some folks like to ask me that morbid hypothetical, “If it’s just you, what happens when you get hit by a bus?”

Do I mind when they ask that? Nah. Their heart’s in the right place, even if their full-spectrum risk calculus is not.

Me getting hit by a bus is a risk in adopting CoachAccountable. It’s good to consider and weigh risks when making a decision.

But cherry picking the pithy ones does little to give you a true assessment of risk.

So let’s consider the broader gamut of risks when choosing a platform to run your business. In doing so we can examine how the deal on offer with CoachAccountable stacks up against more conventional companies that are NOT just one dude.

Let’s look at the ballpark odds over the next 5-10 years.

At larger companies: The board just appoints a successor. Total win! No worries! I’m sure there’ll be no scrambling or disruption. 🤔

Meanwhile, with CoachAccountable: Hope you like the current capabilities, because there probably won’t be any new development for a while. Fortunately no one was ever sold on using CA based on the promise of what it’ll be in the future. And there are no outstanding bugs, so it’ll continue to work pretty darn well, which is better than most. And it’ll keep on running. I can promise you that much based on greed alone: my survivors, heirs and/or successors will see to it that the hosting company continues to get paid (they’ll need to update the card on file about every four years) and that the SSL certificate is updated annually, because the margins are REALLY good.

1-in-100 odds: Your data compromised in a breach

At larger companies: The VAST majority of breaches stem from botched security, rather than some nation state cyber attack. Weak passwords, unsecured endpoints, clumsy security through obscurity. It’s usually sins committed by the junior engineers. Look, there are a lot of members of the team, you know? A lot of moving parts! They do their best.

Meanwhile, with CoachAccountable: There are no junior engineers: the only person responsible for the security of your data is the one competent enough to build and reliably run the entire system for now ten years. Senior expertise has engineered the security of everything, and it has done so, literally, from a place of total ownership and responsibility.

At larger companies: One CA customer coming from another leading platform reported that platform lost 6 weeks of their data. Apparently, the senior dev turned off the backups and forgot to turn it back on again. So much for large teams being a guarantee of things being done right.

Meanwhile, with CoachAccountable: 10 years and still no data loss. Actually I lost one customer’s data back in May of 2015, and learned a painful lesson about relying upon a backup solution set up by someone else. So now I roll my own, and am complete master of it. I’ve got backup systems in place that hum and automatically alert me if there’s anything amiss. To keep it real I’ll on occasion do a “fire drill” exercise: restoring some data a user accidentally deleted at their request. It works, it’s under my control, and it’s well documented should I get hit by a bus. My ability to sleep well at night literally depends on it.

At larger companies: Large payroll! Big investors insisting on getting their ROI! Big ad spend! Pricey dev team! Nice office space! You gotta spend money to make might, right?! All works great until it doesn’t. If times change and the balance sheet isn’t working as it needs to, well… Web apps fail, and go out of business.

Meanwhile, with CoachAccountable: Payroll? Zero. Ad spend? Zero. Office space? Come on, now. I could lose 95% of my customers overnight and CoachAccountable would still be in the black. I’d wonder what the hell happened, but I’d happily keep CA running for those remaining 5%: the balance sheet alone would vouch that that’s just good business.

1-in-3 odds: Annoying and/or Showstopper Bugs

At larger companies: They have bug databases, literal databases for tracking the known bugs that are still out there in their software and still not resolved. It’s a fine, industry standard practice, but let’s not pretend that having a large team is any guarantee of being able to maintain a fully working system. Most support teams have in their playbook ways to deal with support issues stemming from known bugs. "Ah yes, we’re aware of that bug and our developers are working on a resolution. For now, here’s a workaround..."

Meanwhile, with CoachAccountable: I don’t have a bug tracking database, there’s nothing to track. Zero known bugs awaiting resolution is the steady state. Are there bugs and do I hear of them? Yep. And I can fix them, usually in minutes, because I don’t have any other teams to coordinate with or mysteries of interdependencies to solve. It’s all within my purview, it’s all within my power to fix. So I do.

At larger companies: Customer service is considered a cost center for the business, not a profit center. So minimize it! Triage with first-tier support! Keep pasting those canned answers that hopefully address the question well enough that they go away! Make it as hard as possible for customers to talk to anyone, and impossible to talk with the more talented folks! Everyone’s just doing their job, and it’s from a posture of resistance to you, the problem.

Meanwhile, with CoachAccountable: Customer service is a life-giving affair: it’s that break from all the heads down work of creating CoachAccountable to experience firsthand the results of it. It’s an invaluable feedback loop: market research at its finest, and routinely informs everything from subtle tweaks to full-on new features. It daily (no joke) allows me to hear firsthand how much people like it. It fills my tank.

At larger companies: “The economy is changing, and we’re passing the savings on to you!” How many businesses are unflinchingly raising their prices amid the recent turmoil of inflation? Current events aside, on a long enough timeline businesses need to stay profitable. They need to keep up with their operational costs, need to keep up with the tech talent war, and, of course, keep their financial overlords happy with acceptable ROI and satisfactory quarter-over-quarter revenue dynamics.

Meanwhile, with CoachAccountable: Haven’t changed my pricing since luanching in 2012. Just don’t care. My margins are plenty good enough, there are no MBAs telling me how to squeeze this for all it's worth, and my efforts compound: any time I improve CA? It’s better for everyone, and indefinitely so. So I would rather keep making CA better and better while giving folks the predictability of the same price. There’s no person or entity who holds ANY sway over CA to pressure me to do it any other way.

And there you have it. Yes, I might get hit by a bus, and there's a plan for it.


Other essays about CoachAccountable's creator: