An Action Project is a way to group related actions into a single project. Grouping Actions together as a project breaks down larger efforts into smaller and more manageable tasks, which is preferable to having a long list of Actions that have a common due date.

Tying a new Action to a new (or existing) project is a snap. Just choose an existing project from the drop down menu, or create a new one simply by giving it a name: 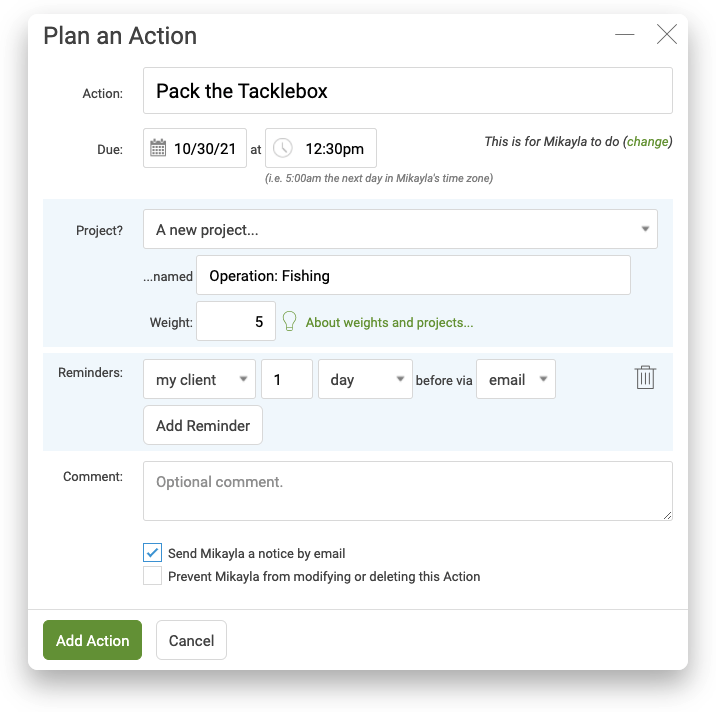 "Weight" is a way to tell CoachAccountable how much each action contributes to the overall progress of the project. It determines how much of the progress meter is filled up when the action is marked complete. Actions that are more important and/or entail more work should be given greater weights. Quicker or less significant Actions get smaller weights.
You can think of weight as being on a 10-point scale, but they can represent whatever scheme you like. For example, projects with contract line items can have actions that mirror those line items with weights that match the dollar amount of those line items.
An Action Project's progress meter shows the percentage of the project that's complete. Hover your mouse over any of the completed slices of the progress meter to see details about the corresponding action. 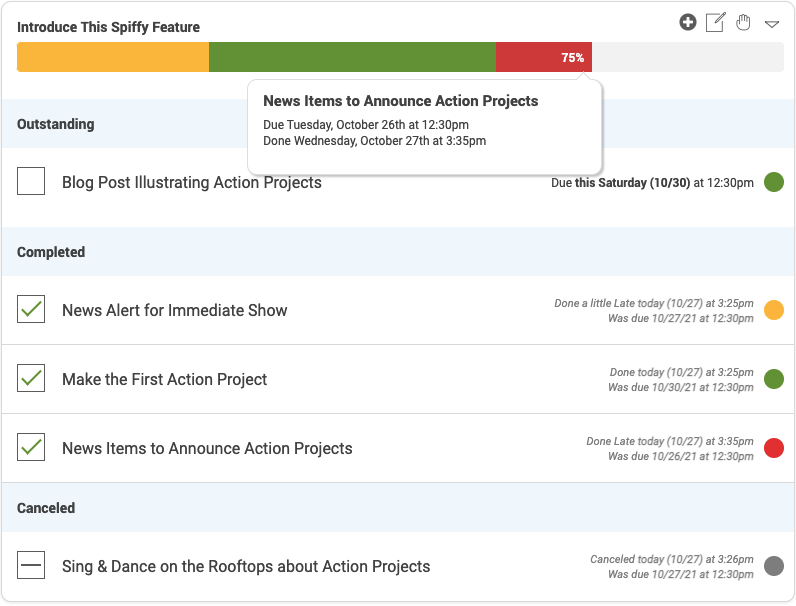 By editing the Action Project you can set a description for it, as well as set weights and update due dates in bulk for all of the Actions in the project. 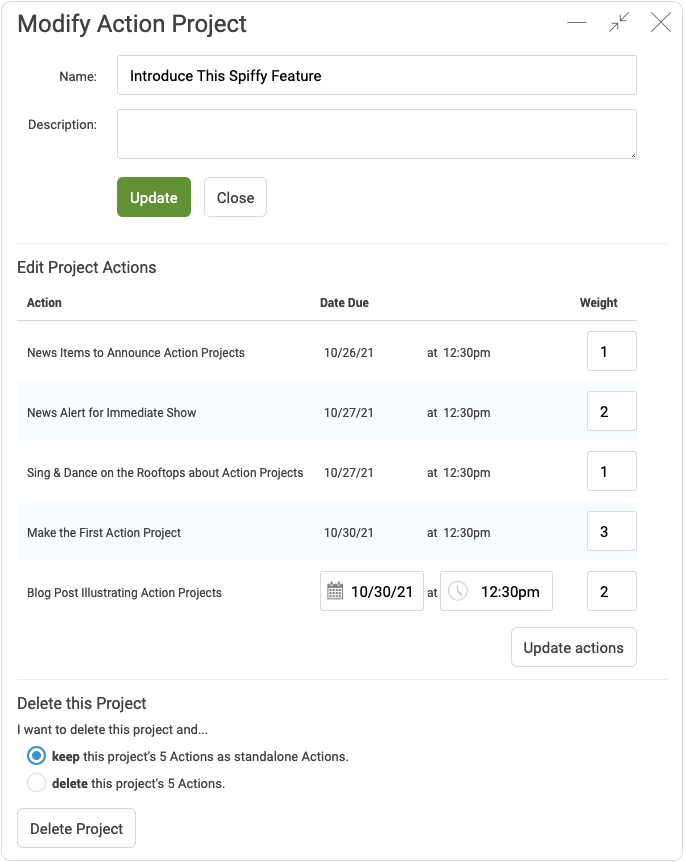 Choose to keep the Actions in the project as standalone Actions, meaning the client still needs to do them but they won't be a part of the project, or to delete the Actions along with the project.
Note that this is a permanent deletion.
Back to Actions