Actions, or assigned tasks that carry a due date and a reminder, are one way to increase follow through and real client outcomes.
Group Actions apply this thinking at a Group level and allow some, or all members of a Group to work on the same Action at once. If you're working with a group that's working on a project where each of them has a different role or set of tasks, you may use Group Action Projects instead.
As coach, you're able to check in with the Group and see at once which members have completed the Action or not. And if your Group Visibility settings for the action allow it, members of the Group will be able to see that information as well.
Let's set up an example Action for a group to attend a networking event. Click the plus sign next to Group Stream, then click +Action to bring up the setup window.
Setup looks nearly identical to an Action for one person, except for the extra options on item inclusion and item visibility. 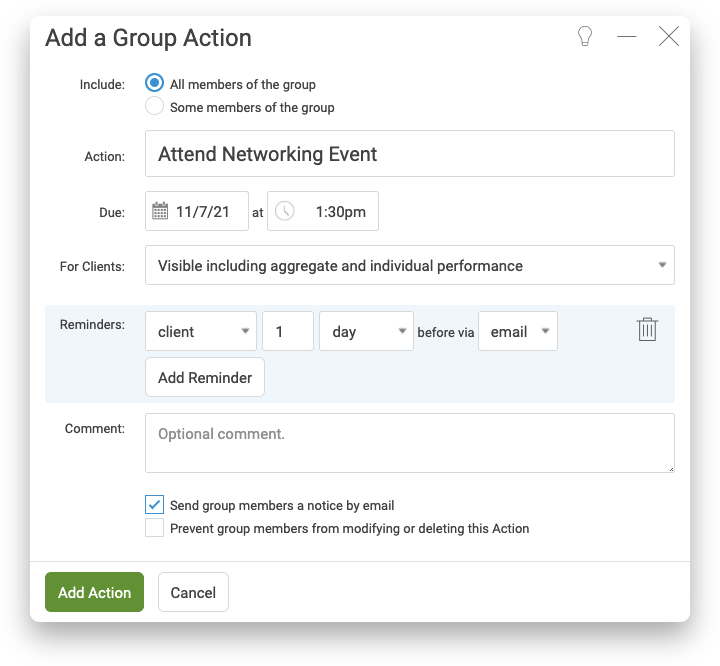 As with an Action for a single person, basic setup is straightforward: Define what the Action is, set a due date and reminders.
To finish up, choose client visibility (the default setting allows a member to see whether other members have completed the Action), group notification, and whether to prevent members from editing or deleting the Action.
Here's what the Action looks like just after it's been created. Note the "Add a comment..." area that allows back and forth among members of the Group.

As each member completes the Action, the progress meter fills up. Click the arrow toward the lower right to expand the list and quickly see which of the group members have and have not done the Action. 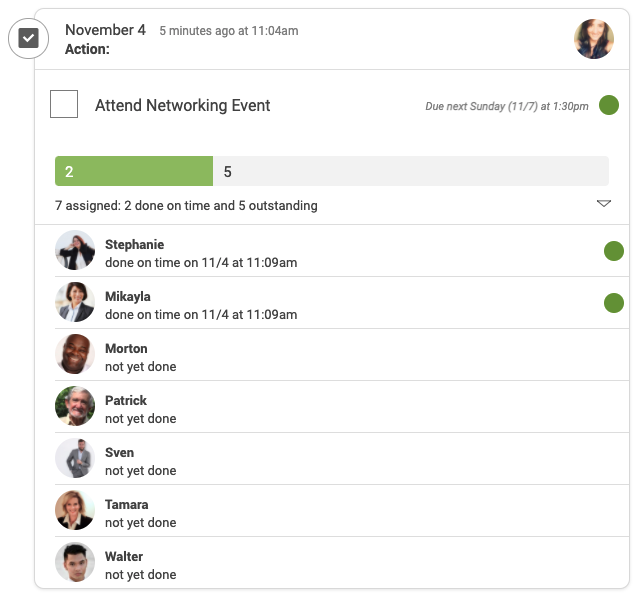 If you've allowed visibility for group and individual performance, members can be motivated by seeing the work done by other members.